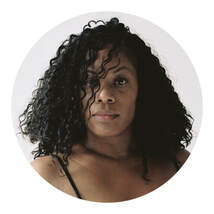 ​​Natosha Washington has been a choreographer and director her entire life, but professionally since 2004, after receiving her bachelor’s degree from The University of Utah in Modern Dance.

As a student, Natosha’s work House of Timothy was selected to be showcased in the National College Dance Festival at the Kennedy Center. It went on to receive the Best Performance award and was featured in Dance Magazine.

In addition to The Penguin Lady, Natosha co-directs the Utah-based dance company RawMoves which consistently gets featured in Salt Lake City Weekly and received a Slammy Award for Best New Dance Company in Salt Lake City 2005.

Many of these works have been part of touring programs and have been seen across the United States and Abroad including Russia, Croatia, New Zealand, Brazil, Fiji, England and China.

As a teacher at Judge Memorial High School (2005-2012), Natosha developed and created curriculum for the Men’s Dance Program. Currently, she is teaching at Northwest Middle School, Utah's BEST OF STATE for all Public Education K-12 where she is developing an educational program for Title-1 students to work in tandem with University of Utah Dance students in realizing the possibilities of receiving higher education.

Natosha is now one of Now and Next Dance Mentoring Project’s newest teaching staff members. N&N is a nationally recognized mentoring organization that develops leaders in dance and movement education and broadens the cultural relevance of dance through teacher training programs and workshops.

Originally from the south but now living in Utah, Washington is a highly sought after choreography, educator, performer, and speaker. As a voluptuous black woman raised in an LDS southern family, making her way in a white dance community, she has a multifaceted lens; she negotiates stereotyping, privilege, and identity every day in her work and loves the challenge the issues present. Ms. Washington is a talented community leader and facilitator. She recognized art is only as strong as the community it serves.